Visit of the Politecnico di Milano delegation to ADA University 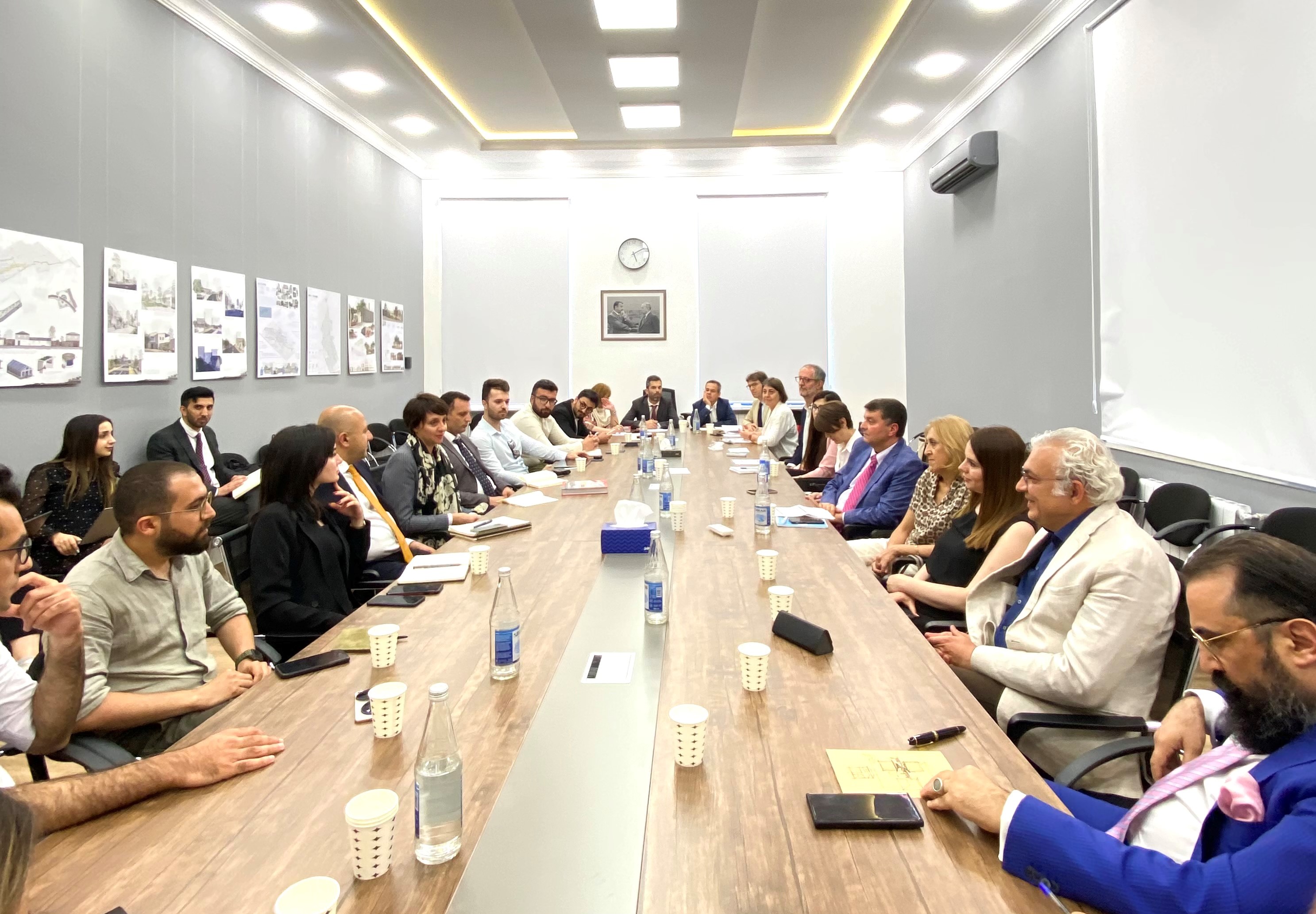 From 19 to 22 June, a delegation from the Politecnico di Milano, from the Departments of DESIGN, DAStU and DABC, travelled to Baku, Azerbaijan, with the aim of carrying out a preliminary study for the design of the new School of Architecture and Design within the Italy-Azerbaijan University framework programme, which will be located at ADA University in Baku.

The Politecnico delegation, including Professors Silvia Ferraris and Mauro Ceconello (DESIGN), Marco Bovati, Laura Pogliani and Andrea Arcidiacono (DAStU), and Nora Lombardini and Andrea Rebecchi (DABC) met with Anar Guliyev, chairman of the Azerbaijan State Committee for Urban Planning and Architecture, Rufat Mahmud Head of the General Directorate for Architecture and Urban Planning in Baku, Emin Huseynov, Special Representative of the President of the Republic of Azerbaijan for the Karabakh Economic Region, and the Ambassador of Italy to Azerbaijan, Claudio Taffuri, to discuss the framework and future prospects of the cooperation.

During the meeting with the Rector of ADA University Hafiz Pashayev and members of relevant governmental organisations, discussion took place on academic programmes and the need to have a plan aligned with the needs of the country's strategic development goals in the fields of architecture, urban planning, landscape design, interior design, communication and product design.
Also with the aim of tailoring academic programmes to meet the challenges of local skills, the delegation exchanged views with Elbay Gasimzade, President of the Union of Architects of Azerbaijan, and a group of young architects.

The Politecnico di Milano delegation, after visiting local companies and brands specialised in traditional arts and crafts, the ADA University Campus and the main monuments of Baku city, stressed that the academic programmes will be innovation-oriented, respecting the local context and Azerbaijani cultural identity.

The intensive programme of activities and meetings with key players in the host country's cultural and project development laid the foundations for a far-reaching project whose impact will be strategic for both Azerbaijan and the alliance between the two countries.

Following the visit to Azerbaijan, the professors involved say: "We met a rich, open and hospitable culture, a university and a country with great prospects. There are the preconditions for an excellent cooperation".