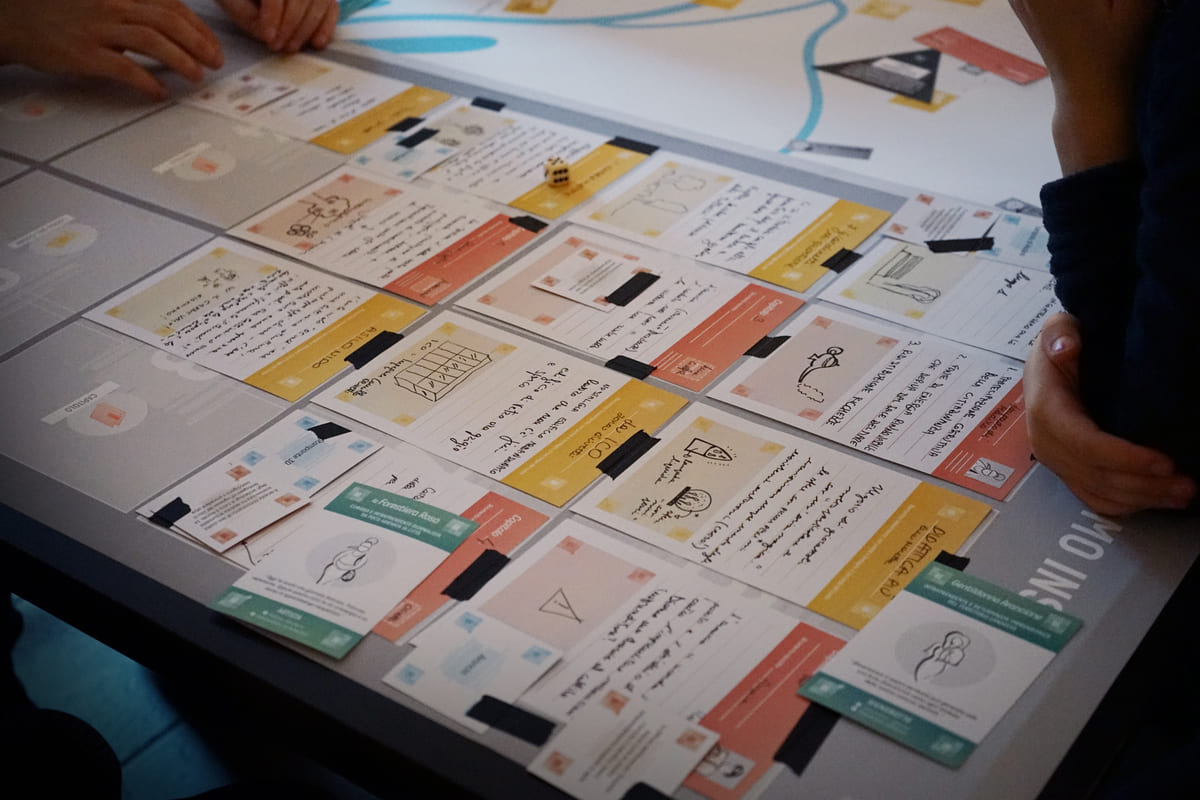 A situated and cross-disciplinary research project for the Italian city of Ivrea, that explores, through design and theater approaches and languages and a design-led envisioning processes, the influence a myth can have on the transformation of contemporary cities, its imaginary and its identities, in relation to urban space with the aim of activating new meanings for the local communities and to offer a balanced articulation of their own past(s) towards future scenarios.

The project reflects on how early envisioning participated processes could support local communities in rearticulating their “urban contemporary myth” by means of storytelling and design anticipation, expanding on a participatory design driven approach, and exploring also the dialogue between design and theatre.

In 2018, the city of Ivrea has been listed by the UNESCO World Heritage as "industrial city of the 20th century" for its industrial past, mainly influenced by Adriano Olivetti’s physical and ideological presence, who, despite its relevance for the cultural life of the city, had the pitfall to create a mythological, unified narrative about the city, that remained also after the exhaustion of the industrial production of Olivetti, generating nostalgia and a sense of lack of new narratives.

The goal of the research project is to take on this social fragmentation and unpack its narrative in order to open social imagination and question the underlying (and often unexpressed) local controversies to collectively envision possible futures.

The participatory envisioning of possible futures serves here as a way to engage diverse voices in conversation and create a common ground for a more participated and inclusive social transformation.

The need to question the past urban myth and to create a conversation with the diverse voices and souls of the city represented the starting point for starting co-creating with those diverse local actors, potential future narrations that could serve as counter-narratives, questioning their points of views, bringing those contesting voices in dialogue and possibly creating amongst them stronger social bonds, which are in fact the requirements for real social change.

The research team addresses therefore an idea of participation that goes beyond the tangibility of the impact of solutions for a society driven innovation, and rather aims at identifying and questioning diverse underlying points of view, possibly articulating a dialogue among the contextual voices by gathering them around present and future possible common matters of concern, to be then translated through the language rearticulation of theatre towards a renewed and universal storytelling.