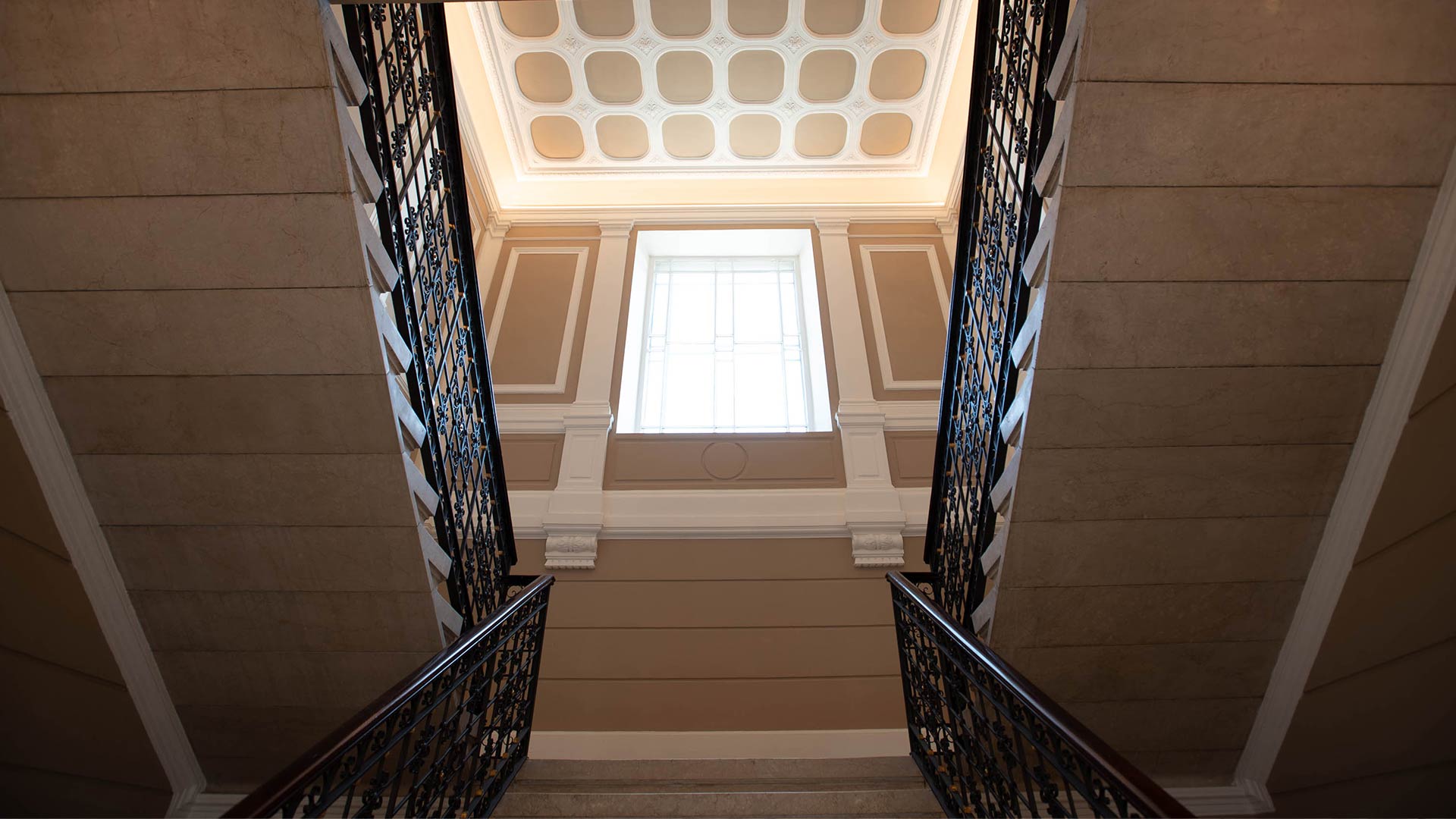 The new headquarters of the Department of Design is located on Politecnico di Milano's Durando Campus, in Milan's Bovisa district, characterised by the reuse and conversion of industrial buildings and by new projects that will see further development in the coming years, thanks to the project proposed by the Mo.Le.Co.La group in the context of the international call for proposals Reinventing Cities. 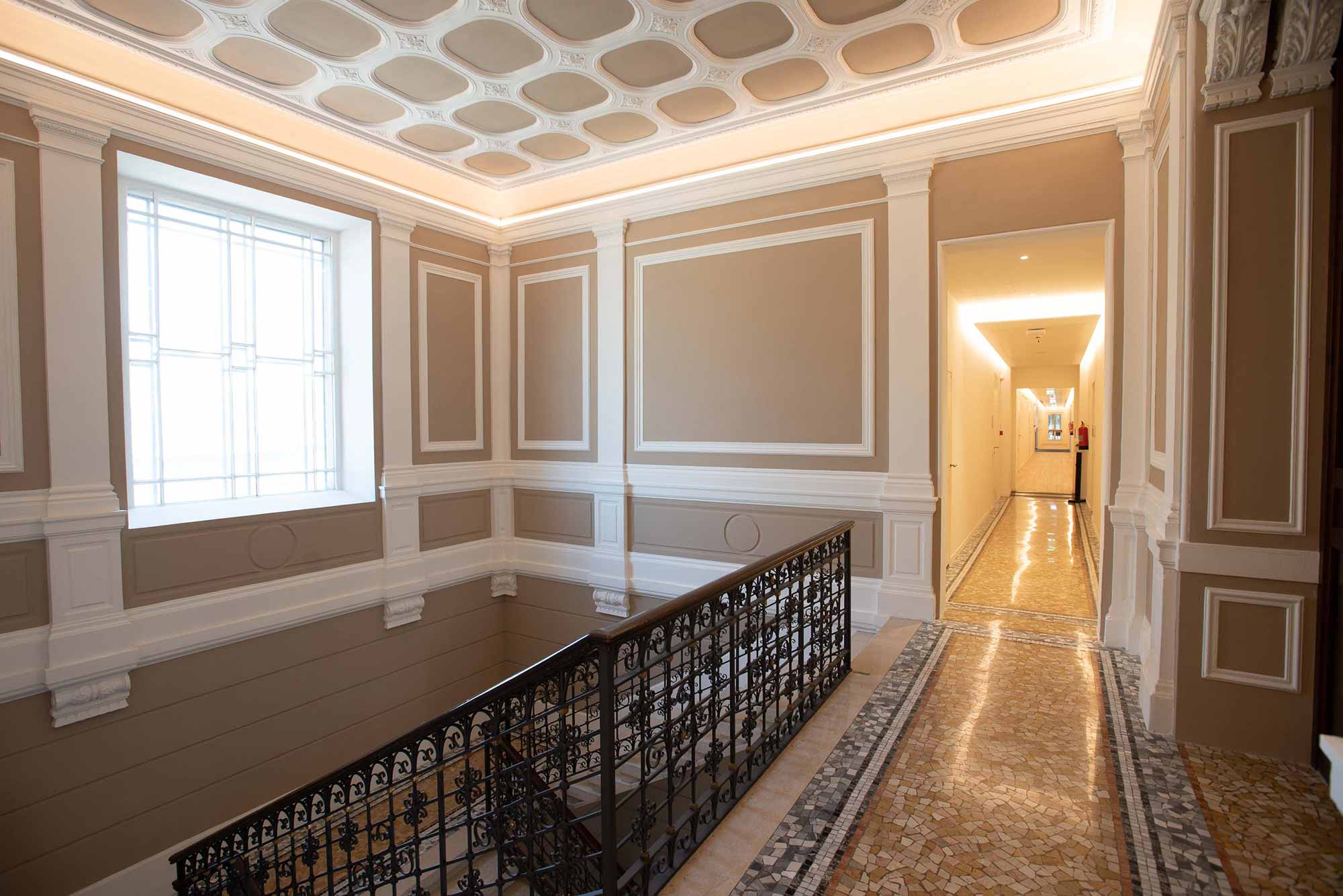 The project, begun in the early months of 2020, is located inside the historical building of the Ceretti&Tanfani metallurgical company, strongly characterised by its typological layout: a two-storey above-ground slat with a three-storey central body, developing through a continuous dialogue with the existing building.

The central staircase with its characteristic late-nineteenth-century Art Nouveau wrought iron handrail has therefore been preserved, as have the decorations on the surrounding walls, which have been kept in two colours although the colours have been renewed.
The polychrome grit floor of the main entrance has also been recovered and placed alongside an oak floor with a water-based finish.

In the main building, we find the meeting rooms, three on each floor with a capacity for 8 to 16 people, in which the pre-existing features of the historic building have been maintained, such as the lesenes framing the doors and some plaster elements on the walls and ceilings, combined with contemporary furniture and lighting fixtures with simple lines and the most modern audio-video systems for conference calls. 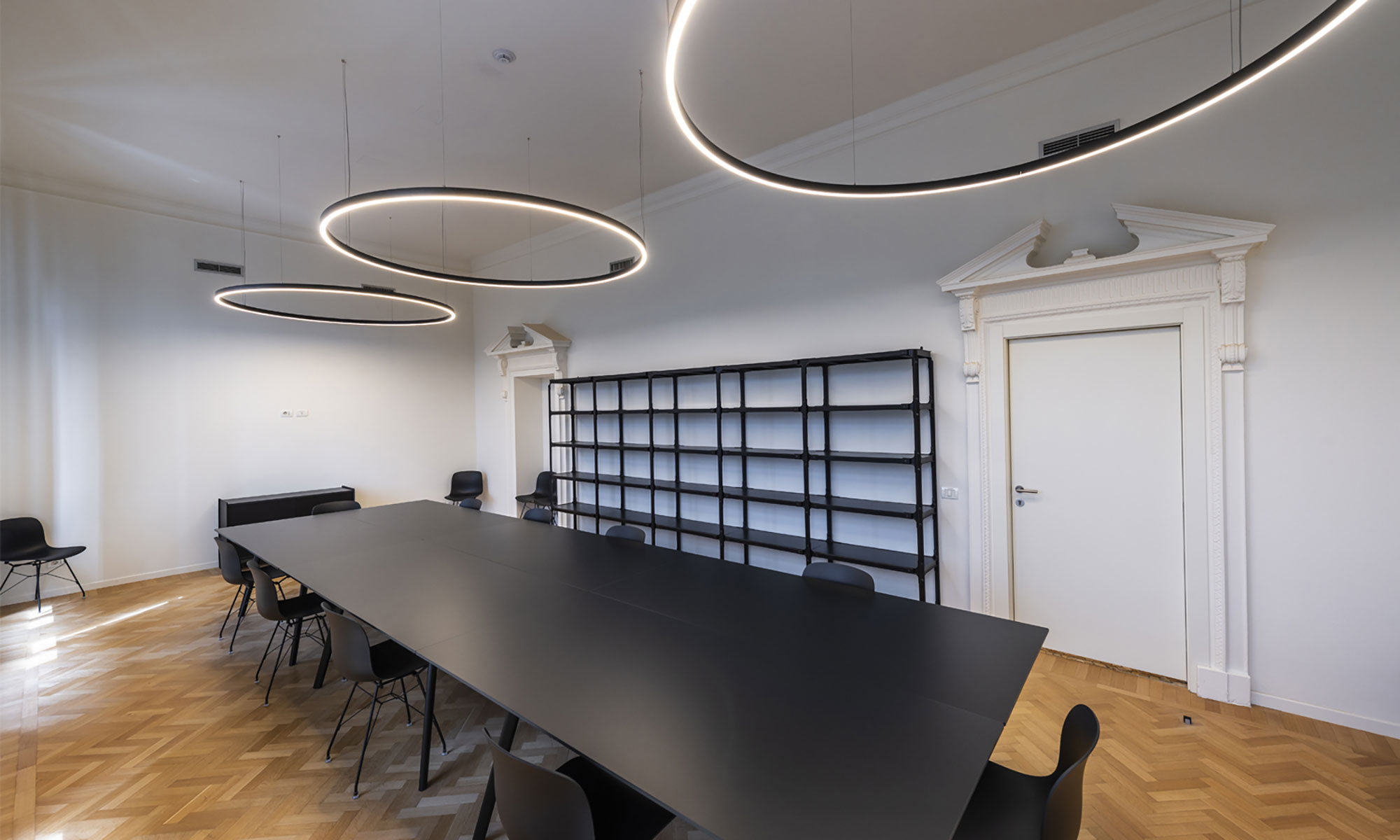 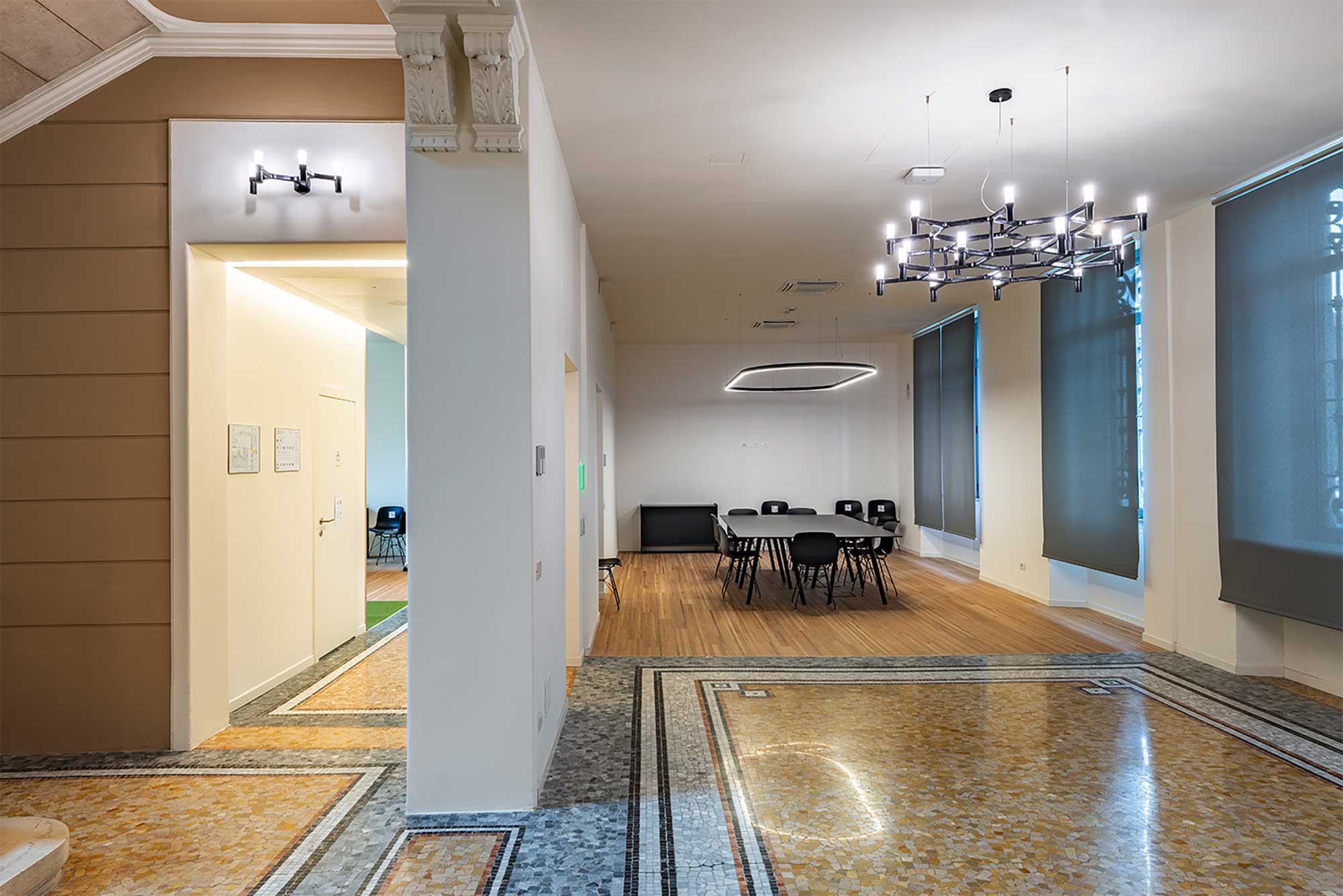 The two side wings, which host about 30 administrative workstations and 180 for research staff, are distributed through a central corridor characterized by lighting that emphasizes its horizontality, interrupted by coloured vinyl flooring that identifies the Department's common areas.

All 3,355 square metres of the three-storey building are characterized by alternating traditional workplaces and innovative spaces for collaboration and sharing. Offices, meeting rooms, informal meeting places and workshop rooms provide suitable areas for the different types of activities carried out within the Department and allow people to exchange ideas, experiment with design approaches and work together. 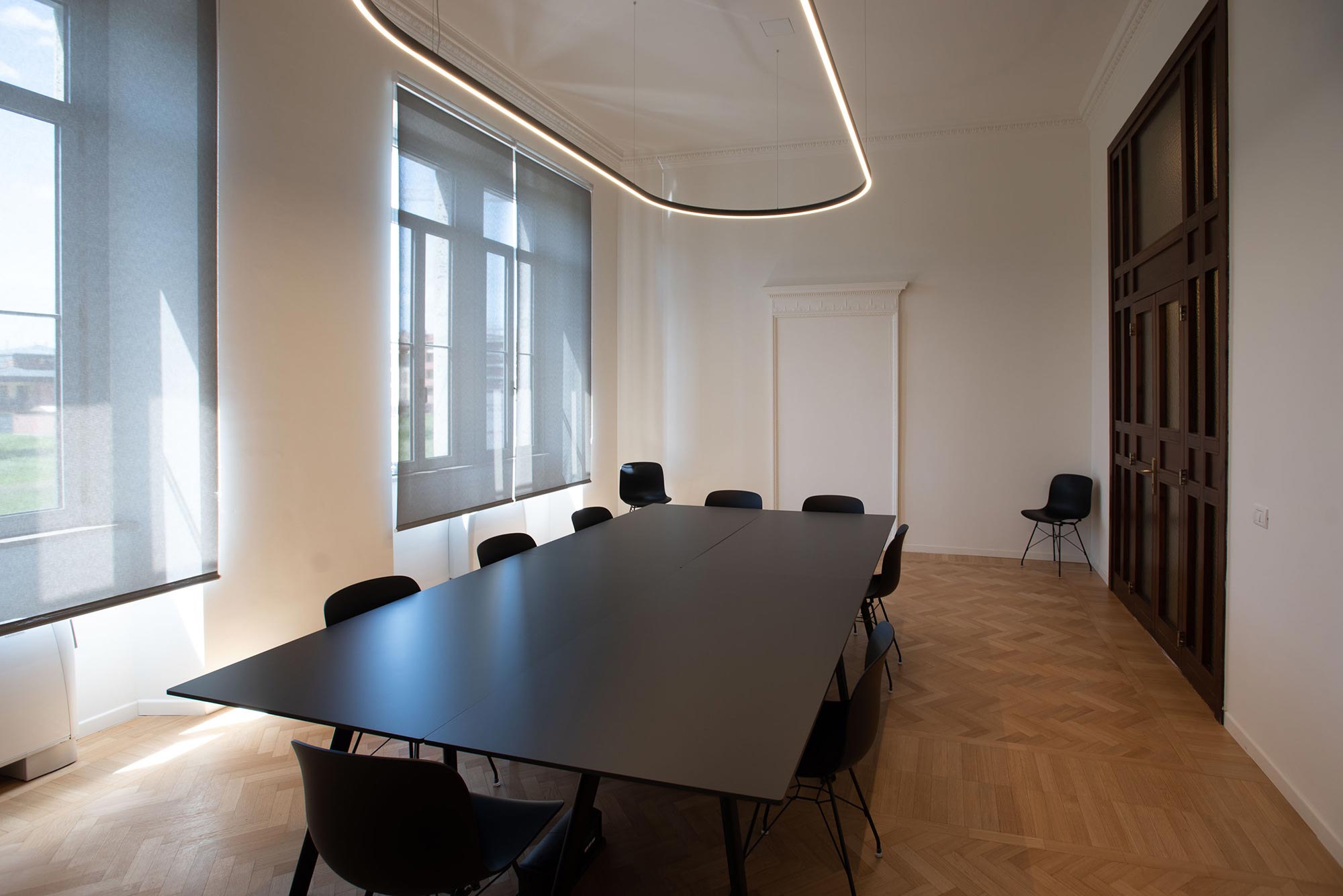 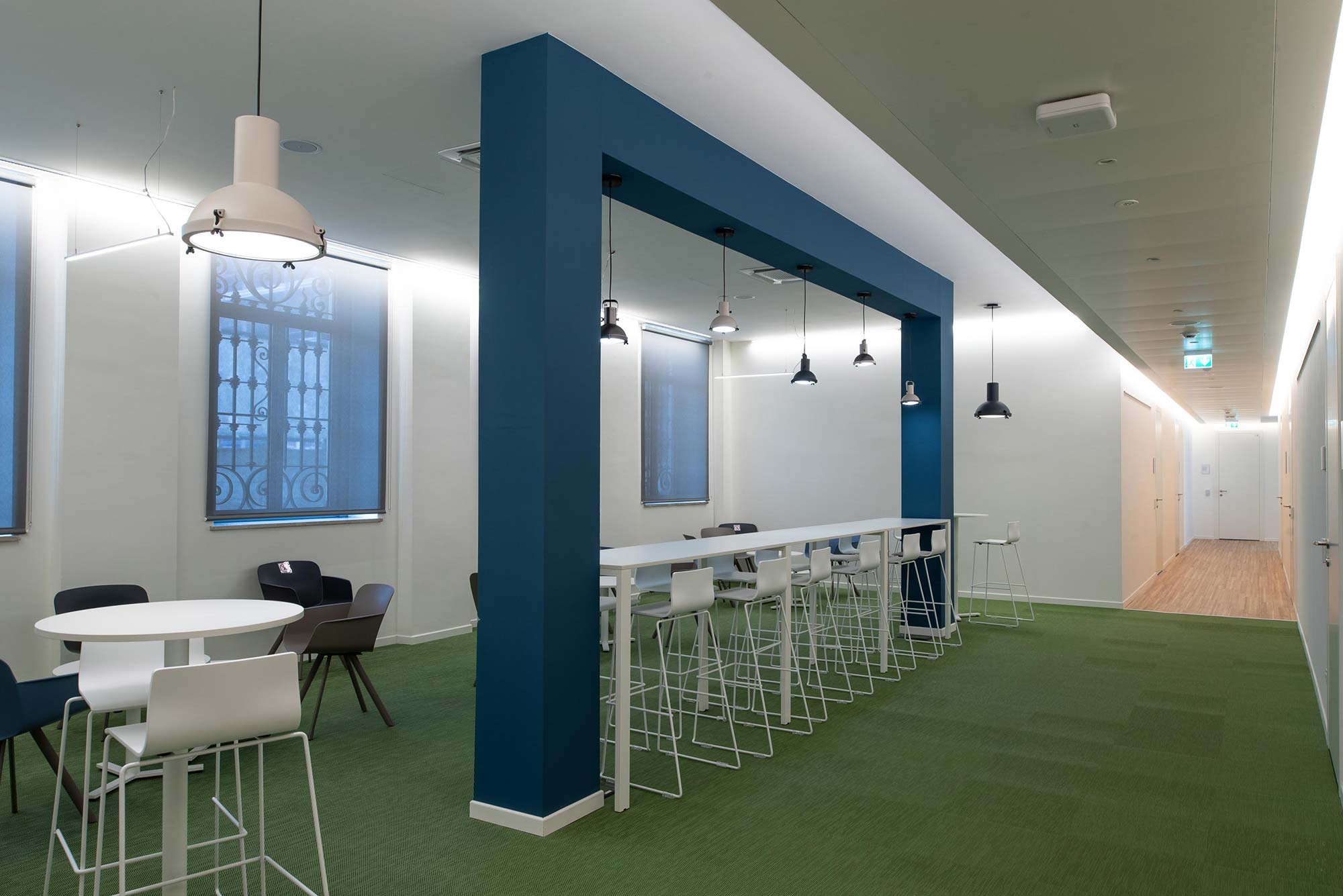 The shared workspaces can be configured and fragmented to allow them to be used by a number of different work groups and to meet different needs. Similarly, fully flexible and modular workshop space and an informal co-working space with an equipped kitchen, tables, workspaces and conference call area have been designed.

Oakwood was chosen for the flooring, combined with a few islands of green and blue vinyl carpets, colours that were then repeated in the signage and graphics project. 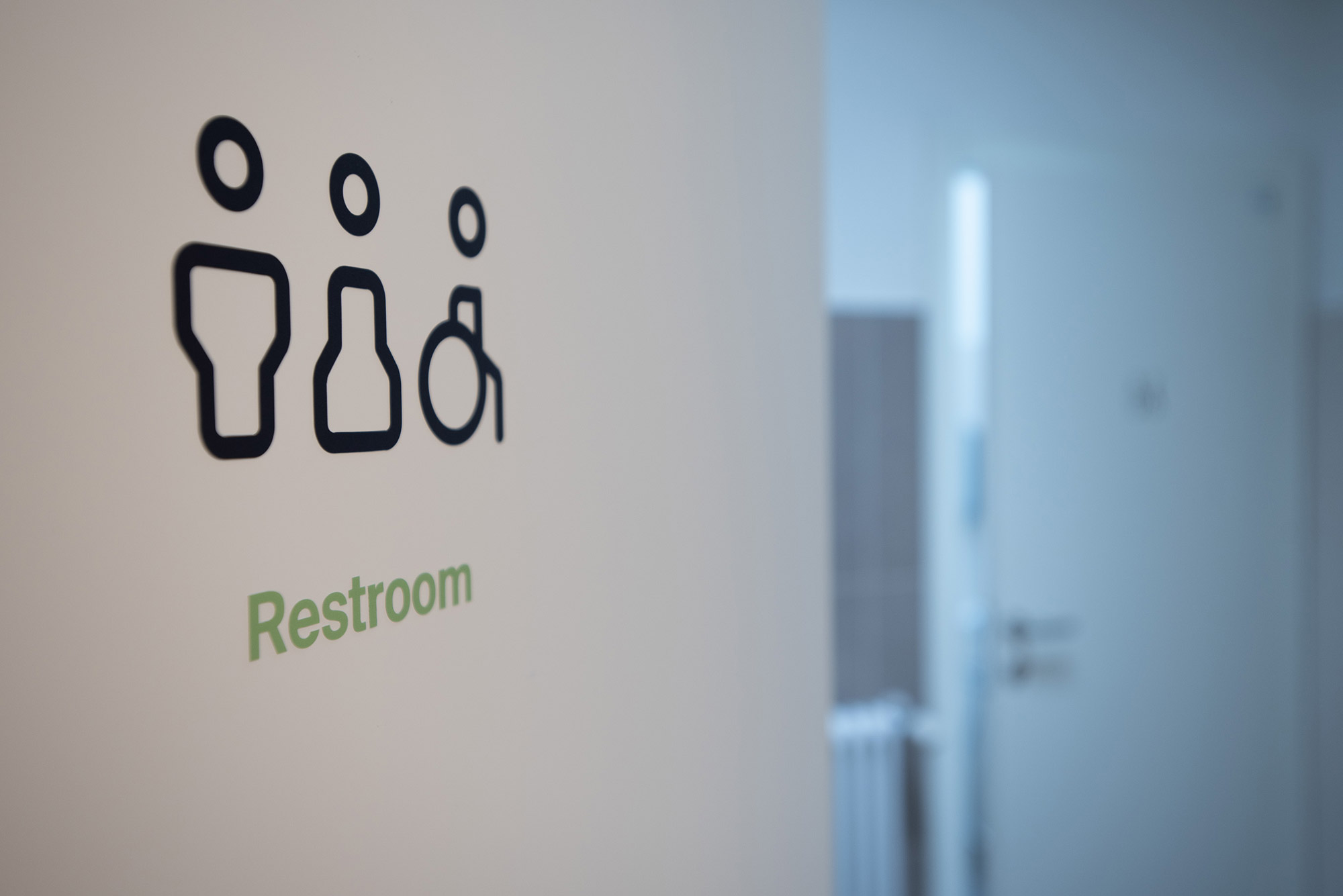 The main colour remains white, which is also used in the office furniture.

The redevelopment project involved not only the building just described (building B7) but also the almost completed building B9a, which will house some research laboratories, and will continue in other spaces in the Campus. 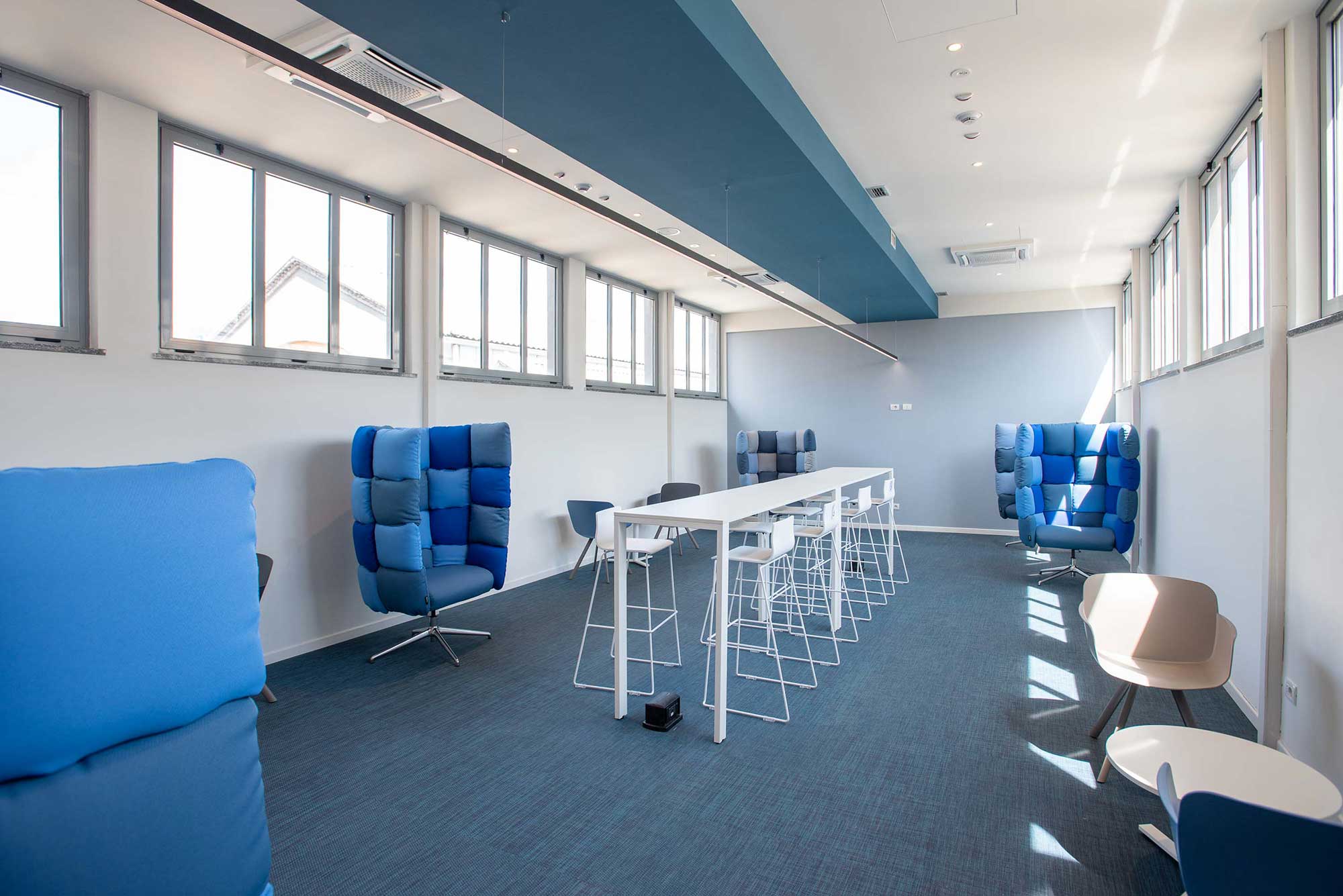 The entire renovation project was supervised by Professor Giulia Gerosa and Valeria Cima (Referent of the Department's General Logistics Services and ICT of the Department) with the collaboration of Vittoria Canapini and Elisa Fallani and the support of the Technical Building Area of the Politecnico di Milano.